As some of you already know I made the Durden Park 1850 Whitbread Porter some time ago and recieved some very positive reviews, after a post on another forum about the same beer I feel inspired to brew it again, albeit slightly more accurately!

Having done one beer with Chevallier already, I was so impressed I went and obtained another 5 kilos, not for this beer originally but why not.

The recipe is essentially the same albeit I'm substituting the EKG for Bramling Cross and using Wibblers yeast again...Although this is a far descendant of the Whitbread B strain: 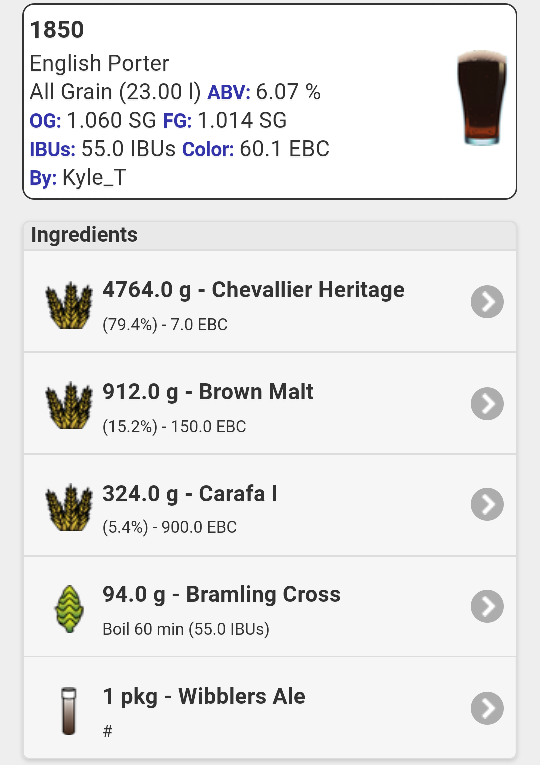 A very simple and straight forward recipe, the FG should be higher to give 5.5% but what the hell, if it stops when it's supposed to, then super, if not, 6 is a nice round number.

Fermentation will be cooler than usual at 18°C as per Whitbreads schedule and a 3 hour mash at 66°C+/- any heat loss.

I will decide later wether I am casking in Stainless/Wood/Bottles and if I will bring it to the festival, the scheduled day is this Saturday and if I have enough spare I will send a couple out for a comparison review.

Looks awesome - where you getting Chevallier from?

Supplied by The Malt Miller as usual, it is a different kettle of fish entirely, being an older variety it requires the extended mash to get all those busy little enzymes going, it seems to contain additional unfermentable sugars over Maris or other regular pale beers.

I mashed at 62°C last time and it did help with the attenuation issues but did result in a bigger dryness, the malt flavour and aroma is much more intense than standard varieties we have now, a real dark fruit/berry tone to it. Simply fantastic.
Next Brew: AG#63.

Going to buy some of this malt with my next order, sounds interesting.

Save some of this for Thursday set up day m8 sounds like it will be a nice brew....

Guess its coffeee then this year

It works very well in a Porter, my last beer was the Chevallier version of my standard 5% house beer.

Puts it in a different ball park, only downside is mashing it at 62°C has left it with a somewhat dry finish.
Next Brew: AG#63.

The yeast wasn't the issue, it was on the advice of encouraging additional simple sugars to aid fermentation, my next one I will be aiming for anywhere between 64/66°C.
Next Brew: AG#63.

Nope, many historical recipes used 2 or 3 types of malt for the base such as Pipkin and Halycon.
Next Brew: AG#63. 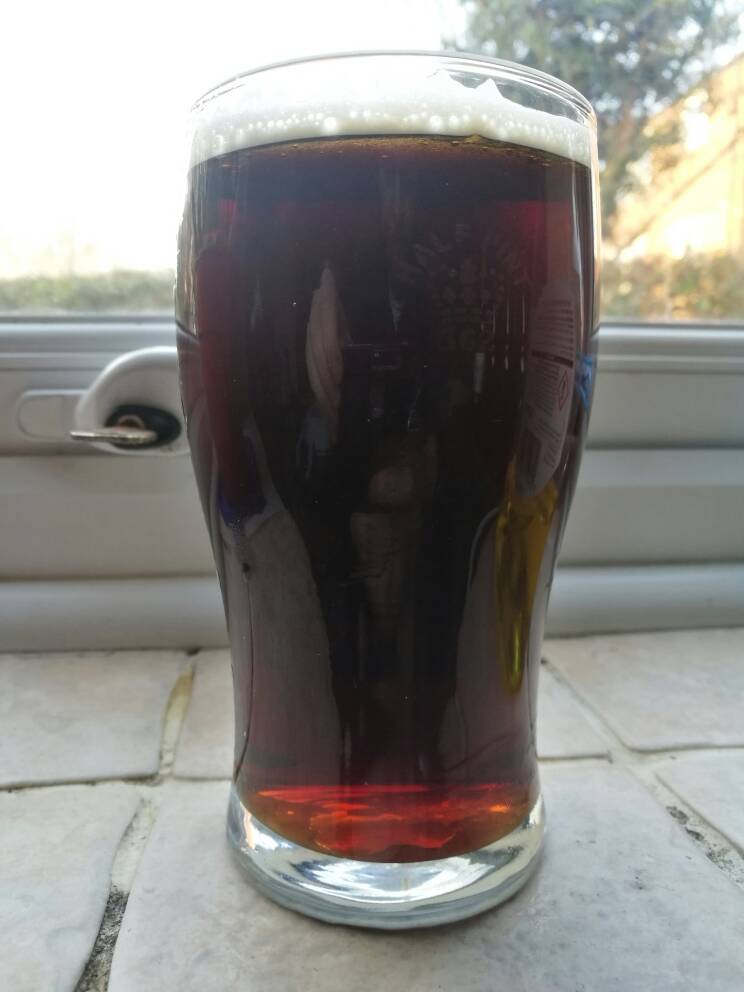 Flipping marvellous, a real richness and dried dark fruit flavour...I wish I didn't have to share it with my brother now

Is that Durden park book an essential read for a Brewer??

It is if you want real old recipes and some truly unique beers.
Next Brew: AG#63.

Only one left from this source: https://www.amazon.co.uk/gp/product/095 ... UTF8&psc=1. But there will be other ways to get yer mitts on one.

You can buy them from their site, is it the right one with recipes?

Hey Kyle
Ive gone on your reccomendation mate and just purchased this book for £10 off Amazon.
Regards
Patch

I've got Homebrew Classics Stout & Porter by Clive La Pensée and Roger Protz. It's got Durden Park recipes running all the way through it with comments about how to alter/improve things and technical info on how they would have originally brewed the beer (boil times and hopping rates etc).
2016: 330L brewed (72 gallons, over 8 firkins)
2017: 105L brewed (need to update this figure)
Drinking: Landlord clone
Conditioning: ciders from 2016, hedgerow barrolo, 1914 Courage RIS (10%).

Users browsing this forum: No registered users and 0 guests