by RokDok
Just been into the shed where the Wildings are.
Here's a pic of what the wild beer looks like - this was started by putting half a pint of the wild fermenting cider into it. 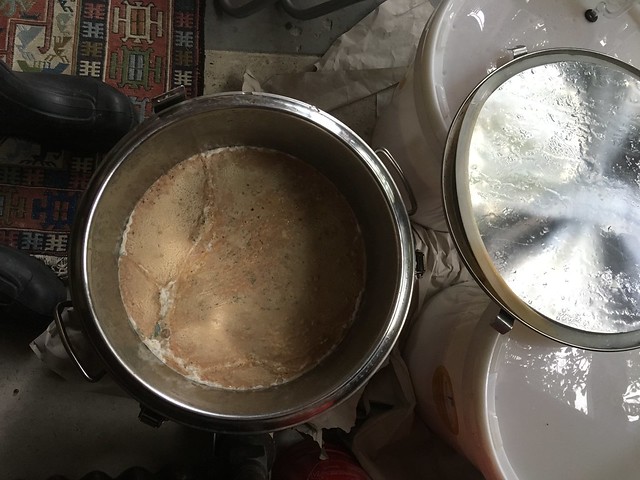 A good thick layer of powdery yeast on it, smells quite pleasant. There is a little patch of blue- possibly like some of the mold you get in blue cheese. A couple of years ago at the festival there was a scientist form Brewlab in Sunderland- he took a sample of some of my wild cider and looked at it under the microscope- there were several different yeast in it and it seems that they all play some role in getting a sugary liquid to one which is alcoholic/

It's down to 1036 in just over 2 weeks so I'm very pleased with that, frankly I think I'll leave it to January to bottle- I tend to leave the cider the same amount of time. 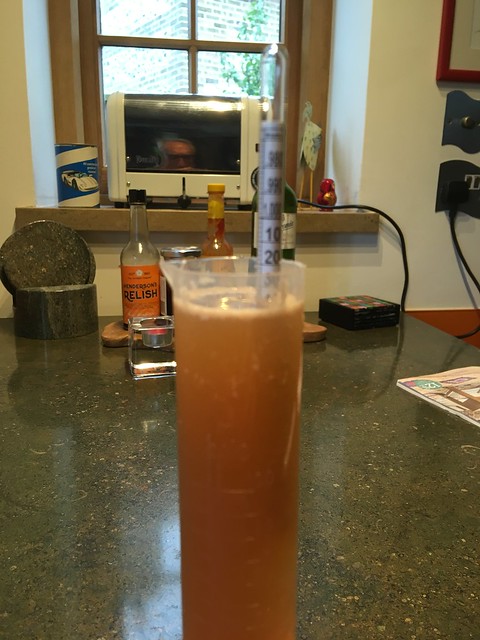 Taste : Well , the right organisms are doing their job, it smells gentle - like a ripe soft cheese. It's sweet but with a decent amount of hop bitterness coming through, none of the grassiness that you might associate with fresh hop. So it's going in the right direction. Yay.

by Dave1970
Great work mate, be good to see how it turns out

by HTH1975
Homebrew taken to the N’th degree - love it. Interesting use of cider yeast in beer, some low FGs too. How does the low FG work out with the body of the beer?
All times are UTC [ DST ]
Page 2 of 2
Powered by phpBB® Forum Software © phpBB Group
https://www.phpbb.com/